A Home That Fits

With housing costs rising to impossible heights across Europe and North America, and with governments cutting back on healthcare spending, intergenerational retirement homes are starting to emerge to help fill the gap. “Oman Muotoinen Koti (A Home That Fits) is a pilot project run by the City of Helsinki and sees people under the age of 25 provided with inexpensive accommodation for one year inside the city’s largest state care facility, Rudolf Seniors Home. According to Miki Mielonen, project manager for Helsinki City’s youth department, the goal is to prevent youth homelessness in Finland’s capital and help millennials to thrive with reasonably priced accommodation. It also aims to relieve the social isolation felt by some of Rudolf’s 140 residents. 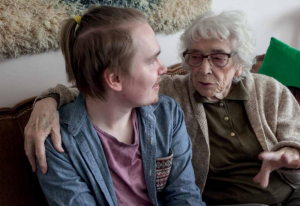 “Oman Muotoinen Koti” was inspired by a similar project in the town of Deventer, in the Netherlands. University students there are offered free accommodation in return for time spent socializing with the elderly to help stave off the effects of old age. Even though the Helsinki government chose to focus more on the benefits of low-cost housing, they were eager to adopt the idea and shape it to their own purposes. Helsinki has experienced a sharp increase in population growth in recent years, with about 700+ homeless people under 25, and now ranks as the 16th most expensive city in the world in which to rent a property, ahead of Rome, Geneva and New York. The “Oman Muotoinen Koti” proposal was first advertised on Facebook in November, 2015 and within a matter of weeks, Mielonen had received applications from 312 young people. A panel of experts pared down the applicants and by December, three of them had been chosen to live in Rudolf House. Rent at Rudolf is less than half of the going rate in Helsinki for a small studio apartment with a balcony. Young people are given rooms not suitable any longer for the elderly residents, for example, right near a flight of stairs where it would be difficult to safely navigate a wheelchair. At Rudolf, the young people are not expected to adopt the roles of the staff, but rather they are just supposed to be good neighbours to the senior residents. Strictly speaking there are no clear cut rules, just an expectation that the young people spend quality time with their neighbours (between three and five hours a week) on a regular basis, chatting over a cup of coffee or enjoying an outing in the neighbourhood park. 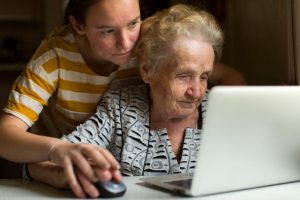 Numerous studies in the European Union, U.S. and Canada have found evidence linking social isolation and loneliness to physical illness and cognitive decline. In 2014, for example, the National Seniors Council in Canada found that 44 percent of seniors living in residential care had been diagnosed with depression, while men over the age of 80 had the highest suicide rate. According to Tamara Sussman, a professor of social work at McGill University in Montreal and a consultant for the NSC report, seniors are often identified by their disabilities and don’t have opportunities to show themselves in a more positive light. Seniors are known to enjoy health benefits when they are in the company of younger people and given the chance to rethink attitudes and ideas, together with passing on their lifetime of knowledge and experience to a new generation. It’s a positive situation for all involved. Millennials have affordable housing and, in turn, bring their vitality and contemporary perspectives to seniors who are marginalized by their health conditions and living situations. It can be very uplifting for the spirits of seniors to join in on a baking task, attend a concert, sing favourite songs, take turns reading the newspaper aloud, learn to navigate an iPad, or do a little sketching or painting with a new friend. The elderly involved with “A Home That Fits” are able to be engaged in an active and diverse community, instead of being abandoned in a forgotten generation. 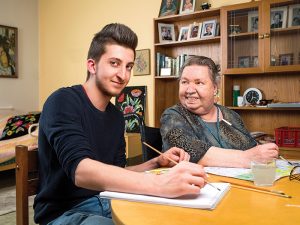 Four other Finnish cities have established their own versions of this intergenerational housing model, and a number of others are expected to develop similar concepts. The model has attracted international attention as cities across the world struggle with their own housing problems. Mielonen was asked to discuss the project at an age services conference in Australia, and he has been very busy handling requests for information from delegations representing Stockholm and Denmark. There were also visits by interested parties from Belfast and Pennsylvania.

One young man who lives at Rudolf House had this to say: “In Finnish culture, there is not usually a lot of contact with neighbours. This is really special.” A young woman who lives in the care home expressed her feelings this way: “It is cool living here — I have become more sociable and I like hearing the older people’s stories. It has also taught me to appreciate my own health and youth.” Another young resident at Rudolf House offered this positive comment: “It’s the most genius idea, youngsters and older people living together. We can help each other!” 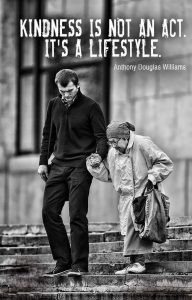