Finances and the vulnerable elderly

When I went to McGill to do my Health and Social Services Management studies, one of our Professors, the Montreal lawyer Hélène Guay, took the class to a hearing before a Quebec Superior Court Judge.  This case had to do with a son who was the Curator for his elderly, forgetful mother.  In the province of Quebec a Curator is someone who has been appointed by the Court to take legal responsibility for the financial and personal well-being of the person they are Curator for.  The reason we were in the courtroom that day was because the son was alleged to be stealing from his mother’s bank accounts to which he had complete and unfettered access.  I remember very well listening as the Prosecutor listed the daily bank withdrawals of $400, $500, $300, etc etc and tried to get the son to explain where the money was going – since he was not spending it on his mother.  Oh, he said, I had to buy diapers, medicine, groceries, etc.  The truth was that he was gambling all the money away.  The upshot of the case was that he was replaced as Curator by an independent person appointed by the Court.  The mother was crying in the courtroom  – it was a poignant situation.  The son’s dishonesty with respect to his own mother made a big impression on our class. 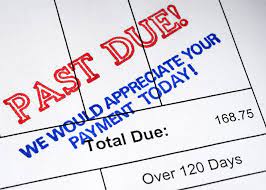 It is very hard to know when to step in to help someone who may be becoming unable to manage their own finances.   In one home,  we went into to take care of an 82-year old lady who by all appearances was well and happy and of sound mind.  The third day of work we arrived to find a notice on the door knob from Westmount Hydro that said that the power would be turned off within 48 hours if the bill was not paid.  I gently brought the matter up with the lady who pointed me to a drawer in the sideboard.  I opened the drawer which was literally stuffed with unpaid bills.  I asked her if she would like some assistance with “the drawer” and after informing and getting permission from her children, the bills became part of our home care job.  The lights stayed on!

When you have a senior adult in your life it is best to make a plan before the person becomes forgetful.  You can make a simple page on Excel with the dates and amounts of things that are due.  That sheet will provide a visual cue so that the bills can be paid on time and the elderly person will not lose their independence.   (Some seniors resent the inference that they cannot look after their own affairs).  You could also offer to assist by setting up auto-pay for many recurring bills such as utilities or phone bills.

In any event an open discussion and a plan for the future will certainly help in avoiding any potentially difficult financial situations.