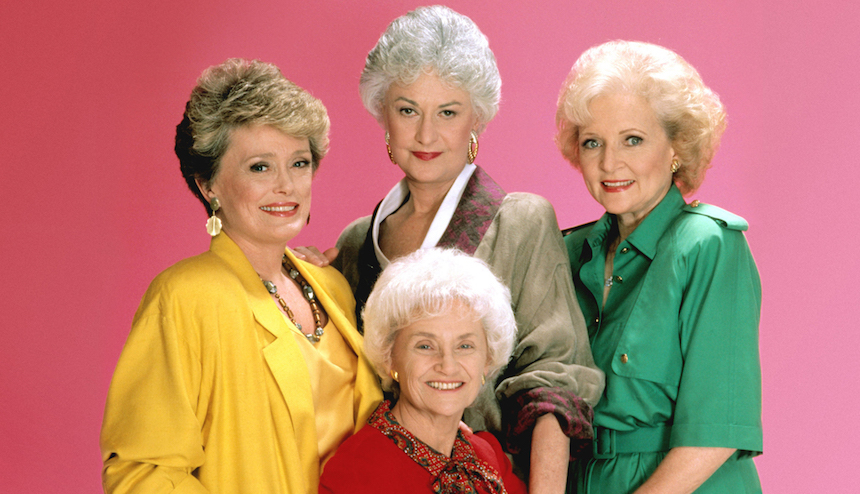 In 1998, Shirley Meredeen was in her late 60s and together with Madeleine Lewis had founded Growing Old Disgracefully, a network established to challenge preconceptions of older women as passive and redundant. In the summer of that year, Meredeen attended a workshop in north London on co-housing and found that this living arrangement is a fundamentally different way of life in which people live close to, but not with, each other. The workshop was life-changing and Meredeen and Lewis decided right then and there to create something similar. This November 2019, women aged from 50 to 86 will move into a unique community that they’ve had built in High Barnet, north London. It has taken roughly 20 years and many problematic issues later, but finally their dream has come to fruition. Older Women’s Co-Housing is an innovative project created specifically by and for women, and they will be in charge of running it themselves. It’s a women-only place of residence because women are often the ones left behind. Everyone rents or owns their flat but no one has to feel isolated. Women look out for each other, not after each other.

The co-housing model originated in Denmark, where in the 1960s, architects and families who had become dissatisfied with single-family housing began experimenting with something more communal. This arrangement has been encouraged by successive governments because this type of living keeps senior adults happier and healthier, and therefore makes fewer demands on the health and social service network. Research suggests that loneliness and isolation can have a negative health impact on seniors equivalent to smoking 15 cigarettes a day. In the Netherlands (population almost 17 million), there are now 230 senior co-housing communities. 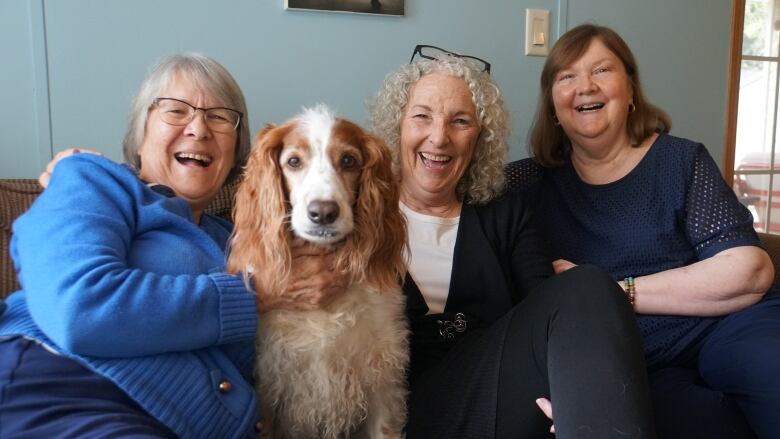 Senior co-living has long been an appealing course of action both in Canada and overseas. There are a few types, from mixed-generation co-ownership models to the more common roommate arrangement. The first Canadian designs were used to build cooperative housing projects whose prime concern was to meet the housing needs of older women without turning down other groups. Vancouver’s Mature Women’s Housing Co-op launched in the 1980s, followed by a 142-unit building in downtown Toronto that officially began operation in 1997, a plan that was guided by the Older Women’s Network Ontario. Wolf Willow Cohousing, a 21-unit condominium that opened in Saskatoon in 2012, was the first official co-living project in Canada. Next, in 2014, 68-year-old Beverly Suek converted her three-storey Winnipeg home into an intentional living community for older women. As in nearly all of the world, many women in Canada outlive their male counterparts, with an average life expectancy of 84 years versus 80. A Canadian Labour Congress study claims that 30 percent of senior women live below the poverty line, which is twice the rate of senior men, so combining resources makes perfect sense. 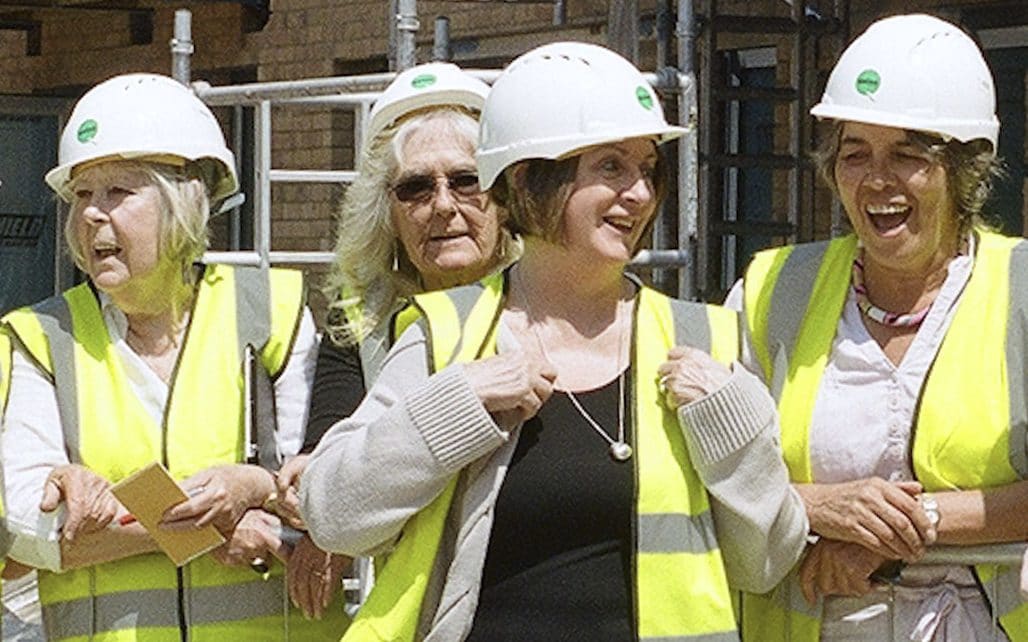 In 2012, there was a documentary on CBC Radio about La Maison des babayagas, or The Babayagas House. A newly constructed apartment building in Montreuil, Paris, it looks like any other complex from the outside, but inside some differences were obvious. To begin with, all the residents are elderly and female. Similar to a mature activist sorority, the house accommodates overstuffed bookcases, community consultations, collective dining and scheduled workshops on topics ranging from healthy living practices to memoir writing. The residence is distinguished by a high-spirited but radical joie de vivre, and the term “baba yaga” which derives from Slavic mythology and means witch or crone, is a devilish nod to society’s enduring negative views on single women. The project was deliberately designed for single women to age in dignity and companionship. Although it is state funded, the residence is a self-administered intentional community which emphasizes social connections and serves members who share a common lifestyle.

For many women across Canada who tuned into or heard about the documentary, learning about La Maison des babayagas stirred them into action. Shortly after the airing, a group of about a dozen women began meeting to discuss a possible Toronto project. The women in the group were worried about their chances of aging constructively and quickly drew the conclusion that senior co-living could be the perfect alternative to a lonely future. A steering committee was formed and has now been working for a number of years to obtain funding and community partnerships in order to open its own version of the French residence, to be called Baba Yaga Place. Even though the Toronto project will be primarily for women, as their needs are greater, a small number of units will be reserved for men and married couples who share the same philosophy. There are still many obstacles to overcome but plans remain steadfast in the works. The cornerstone beliefs of Toronto’s Baba Yaga Place reflect those of the French model: self-management, interdependence, feminism, environmental activism, and community involvement. These women want their social justice narratives to extend beyond the gates of their residence. One of the members had this to say: “We’re not just a bunch of old ladies. We have a lot of history, and the idea of social responsibility follows us.” 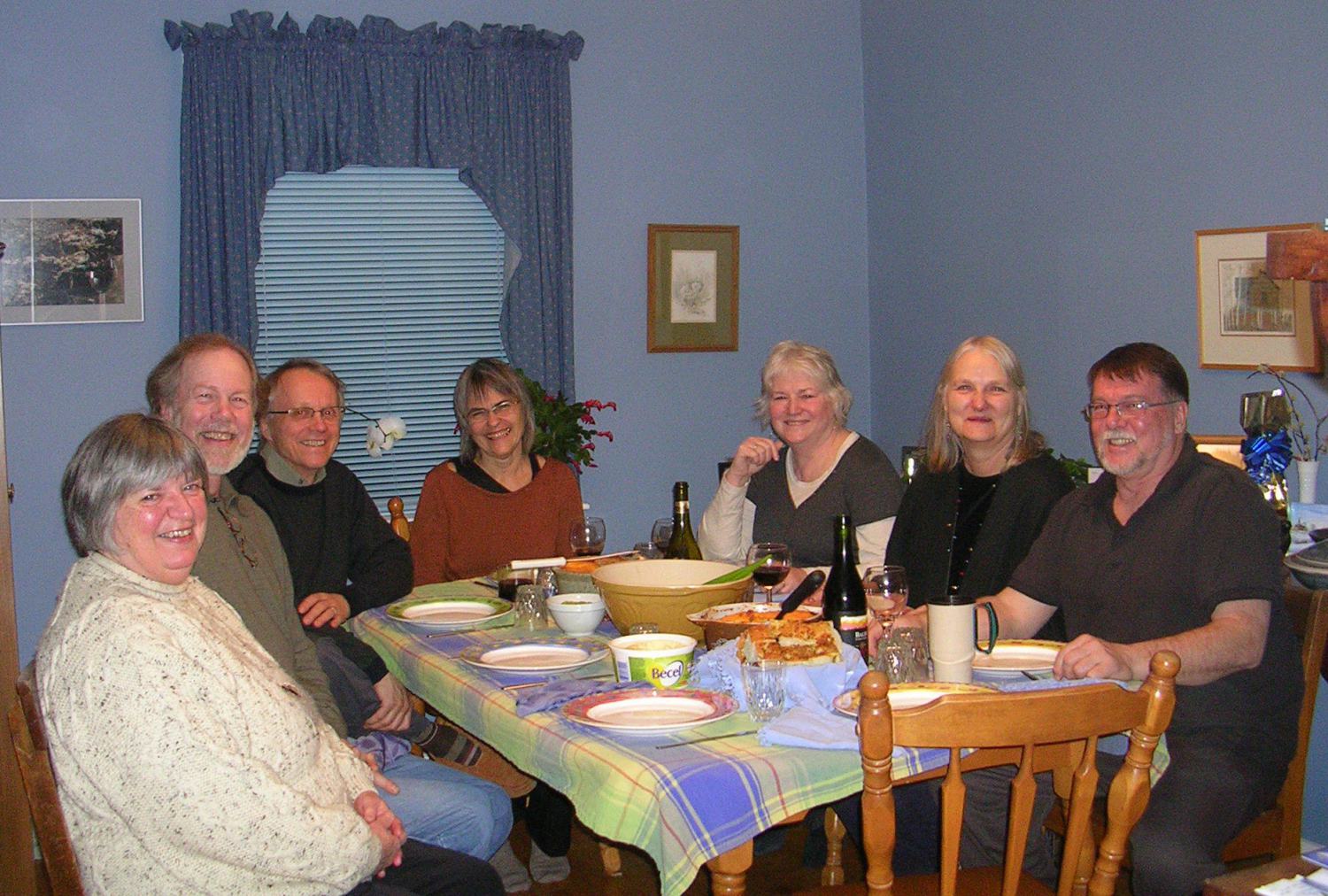 Janet Torge, a Montreal-based filmmaker, is the founder of Radical Rest Homes, a website and online community where like-minded adults can discuss and learn about alternative senior living arrangements. Torge’s website hosts regional discussions for Canadians all across the country, from BC to the Yukon. For the past year, groups of 8 to 10 people meet together across the city to brainstorm about their ideal living arrangement. For some, it’s a home in the country. Others still, want a large duplex that they can convert into one apartment. Either way, the concept is for seniors to design their own “radical rest home” where their living space can be suited to their changing needs and where they can remain independent, tranquil, secure, and engaged, and where they can take care of themselves and each other. Boomers, Torge says, are used to the idea of communal living, and accustomed to speaking out when they aren’t satisfied. Torge recently received a grant from the Therese Casgrain Foundation which will be used to fund a model for shared housing for women on fixed incomes. Torge believes that people living in a communal setting can take care of each other or arrange to bring in homecare workers, as needed. Torge is hopeful that governments will start to transfer money away from institutions and into home care. “If we’re living together and trying to help each other out, I hope that the government also throws a few dollars at us. The idea is that we’re saving them money by living this way.” Janet Torge advises seniors to assemble a group of friends and search for your own place to live. Do your best to remain in your particular community. Help one another with the cleaning, cooking and shopping for essentials. Take care of one another if a resident falls ill. Insist that government resources provide assistance at your residence to avoid unnecessary travel, wait times and stress. Perhaps you have chosen to rent, or maybe you have purchased a flat. Possibly a large group has bought an apartment building where one of the apartments has been renovated to provide communal space. Or, you and your friends have decided to purchase land in the country and each of you will construct a small house, and the grounds will include a large common building to be enjoyed by all. Whatever your decision, Torge recommends you declare your home or cluster of buildings a “radical rest home.” After all, it represents your own personal senior space and you don’t require a landlord, building manager, or real estate developer to tell you how to manage it.

Andrew Moore, the president of the Canadian Senior Cohousing Society claims that co-living choices build on the idea of extended families taking care of each other, and support a whole range of communities who desire to live in a similar fashion, including faith-based groups, the LGBT community, condo dwellers and seniors helping seniors. “It’s about being able to flourish until the end of your days,” he says. 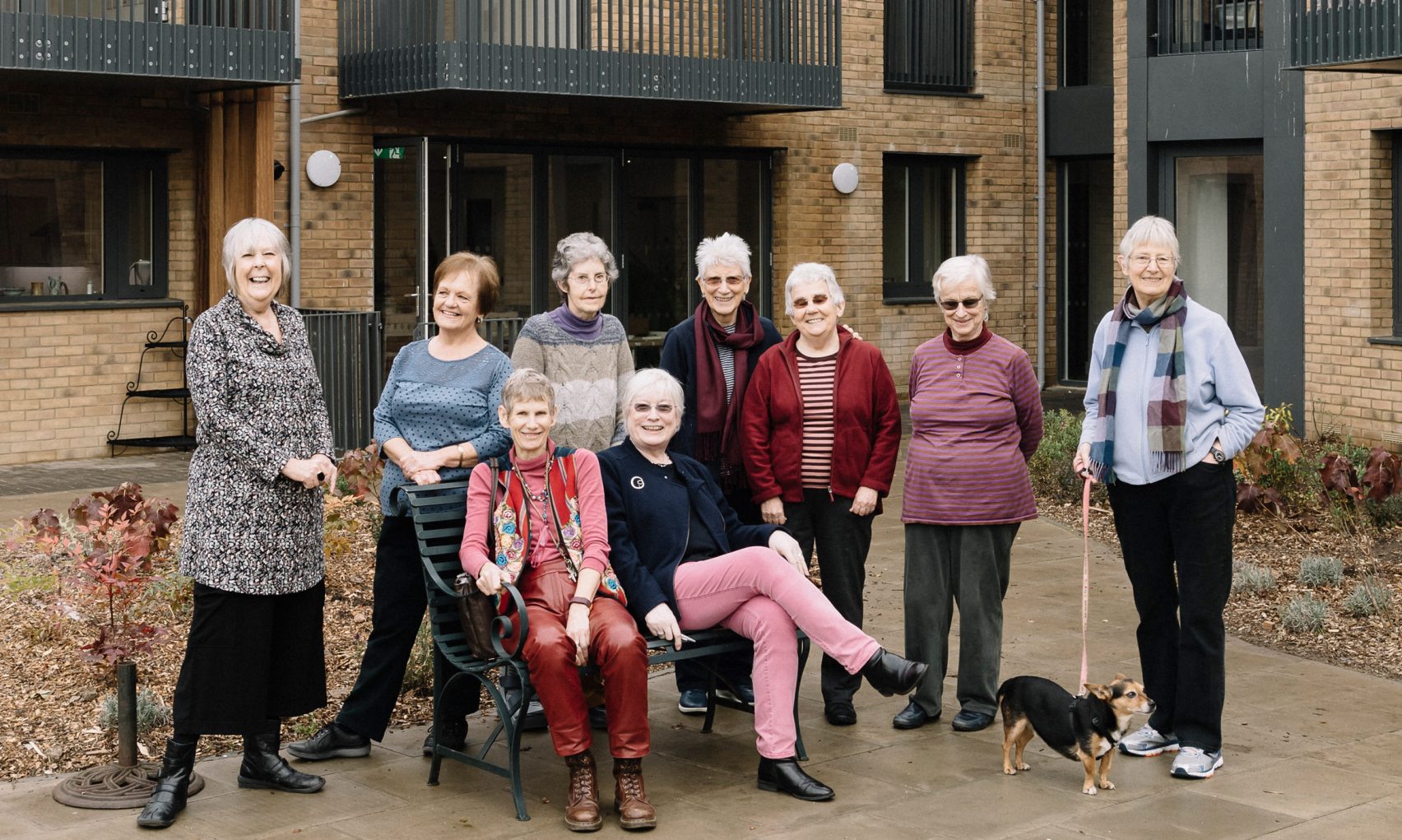